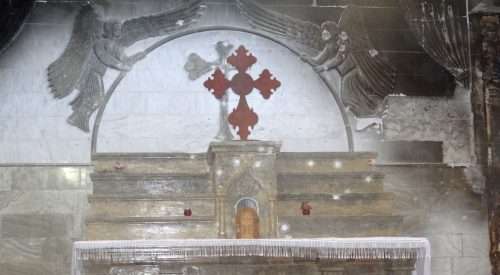 Persecution is increasing worldwide. The mainstream media is finally picking up on this fact. Want proof? Read about it here and here. But to summarize, British Foreign Secretary Jeremy Hunt, who filed the report, wrote anti-Christian hostility is “coming close to meeting the international definition of genocide.”

One of the biggest questions we receive at Take Heart is: What does persecution look like in the areas where you serve? Allow us to tackle that question in today’s blog post, country by country. 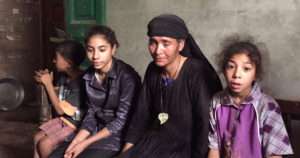 This wife lost her husband in the 2017 bus shooting.

Persecution in Egypt ranges from mild to extremely high, depending on where you live. In larger, wealthier cities, persecution can often look like religious discrimination experienced in the U.S., where Christians are ostracized, talked badly about, or looked down upon. In some cases, Christian students choosing to wear crosses or other religious symbols may fail their exams for no reason.

Travel to poorer regions, like Upper Egypt, and persecution can mean martyrdom. Churches are bombed; families are killed; worshippers are targeted. There’s also the silent epidemic of extremists kidnapping and raping Christian girls to shame families and force conversions. Read more about that here. 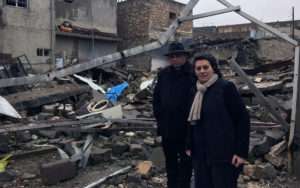 ISIS destroyed the Christian village of Karemlash in 2014.

Praise the Lord the defeat of ISIS in Iraq has reduced persecution across the country. But many Christians fear the return of extremism, leading them to never feel completely safe. Christians in Iraq are also struggling to rebuild the crushing blow ISIS dealt. Many have lost everything, except their lives, making day-to-day life a struggle.

Christians are tolerated in northern Iraq, where Christian population numbers are higher. But, travel further south, into Baghdad and beyond, and persecution drastically increases — especially among Christians from a Muslim background. 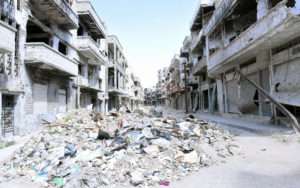 The country of Syria is in turmoil due to the ongoing war. Persecution levels depend on what party controls each region. In government-controlled areas, Christians live more openly. But Christians from a Muslim background in those regions still face intense persecution from family members, in some cases even death. Remember our post about Vassa? She’s just one example.

In Islam-controlled areas, Christians live in hiding, and most churches have been destroyed. Christians are fleeing the area in masses, leading to the near-extinction of Christianity in Syria.

But there is good news! Christ has overcome the world. History has shown, as persecution increases, God’s message spreads. What a mighty and powerful God we serve.